Afro/KidWorks is a fun filled arts and culture dance class for children ages 4 - 11.

When the History of the performing arts in Portland is written, the chapters for the years from 1980 to the present will include a host of references to Bobby Fouther. His career has touched many of the mainstream arts organizations in the city, including Oregon Ballet Theatre, BodyVox Dance Center, and White Bird dance, and has tracked many of the most important African American arts groups from that time: His own Herero Dancers, Bruce Smith’s Northwest Afrikan American Ballet, and such theater companies as Portland Black Repertory Theater, Sojourner Truth Theater, and PassinArt: A Theatre Company.

Today Mr. Bobby is busy painting and making art of all kinds, teaching AFRO/KIDWORKS Dance for Every Child, and piecing together his family’s history from a suitcase of old photos recently given to him by his cousin Arvoll Rae, passed down to them from their Great Aunt Della. These photos are a missing piece in understanding the breadth of his family’s history that began in the South, moved north with The Great Migration, and then farther north into Canada due to the Jim Crow laws in Tulsa, Oklahoma (Black Wall Street), ultimately separating him from his larger extended family. The genealogical work will culminate in a dance theatre work and gallery showing. 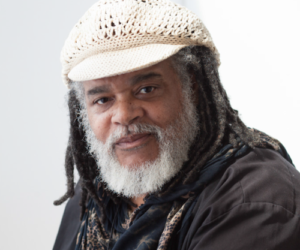